How App Marketing is changing on iOS 14.5 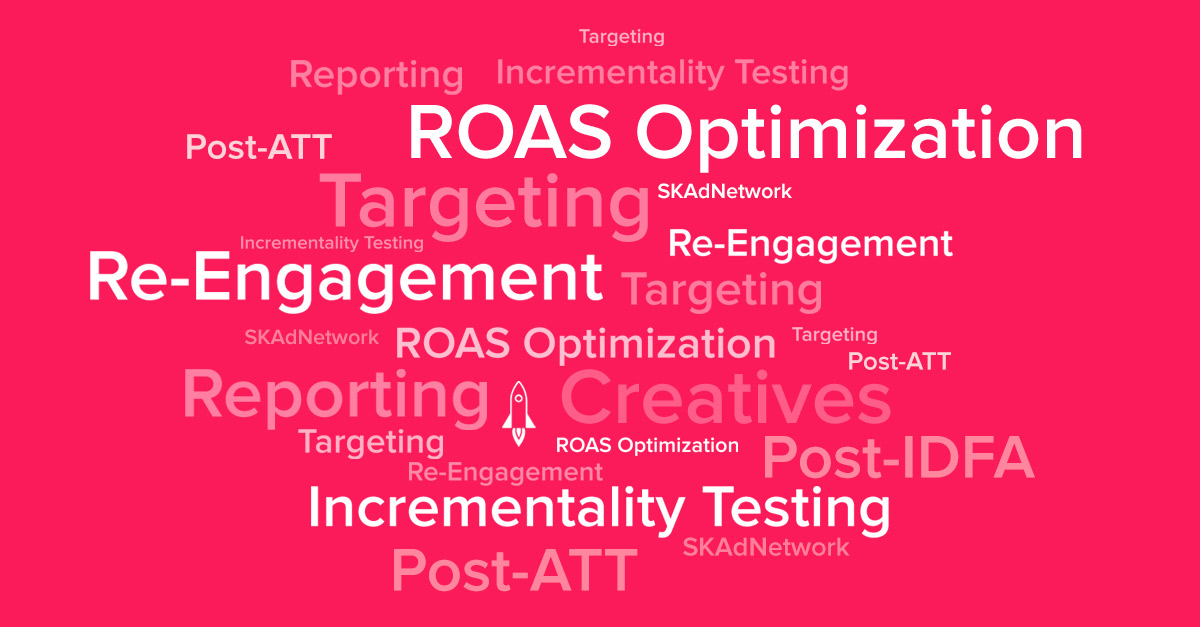 Let’s start with the basics.

First is Apple’s App Tracking Transparency (ATT) policy, which will require apps to ask users for permission to track their IDFA. With most users expected to opt-out, this means that most bid requests will not contain IDFA.

Second is Apple’s SKAdNetwork (SKAN), which will become the primary attribution framework for iOS 14.5 devices. With SKAdNetwork, postbacks will not contain any user level information (including IDFA), and are delayed. This means that there will be less data to track and optimize off of.

While these changes are great for user privacy, it signals a general loss of data granularity for app marketing. Without user level data and real-time postbacks that were enjoyed previously, app marketing will change significantly when iOS 14.5 drops.

How Marketing Will Change on iOS

ROAS optimization will change. With SKAN, postbacks contain sparse data and are delayed. Additionally, SKAN will only send one postback per user per app that contains the install and the final conversion value (which SKAN won’t always send to protect user privacy). This means that advertisers will need to adjust their ROAS goals to account for postback delays and potential missing values, as well as find earlier events that are correlated with down funnel events to extrapolate ROAS.

Reporting will change. When iOS 14.5 drops, there will be a mix of traffic: Pre-ATT (MMP attributed), Post-ATT (SKAN attributed), and non-measurable (for more on this, check out our blog post here). MMP reporting will continue as is but SKAN reporting will be limited to geo and top source apps (due to SKAN postback limitations). Advertisers will need to understand that it’s not performance that’s suffering but measurement and that’s because of how SKAN works.