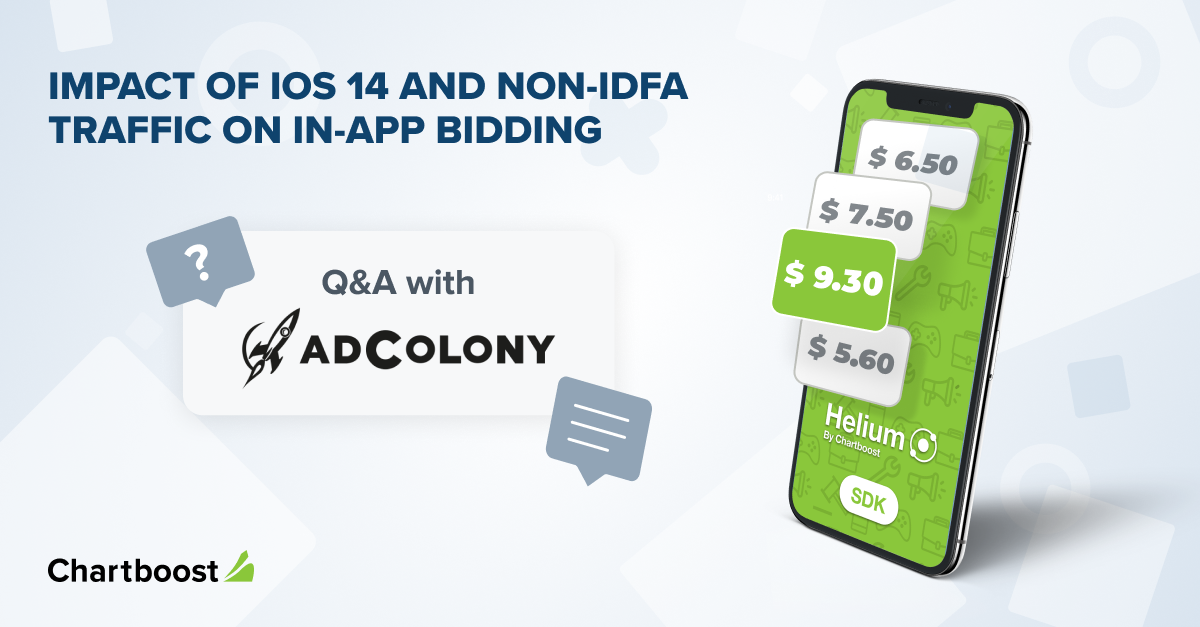 With Apple’s privacy changes around the corner, mobile app developers need to test new ad monetization strategies to sustain their advertising revenue on iOS. For those of you who haven’t tried in-app bidding solutions yet, now is the time.

Enabling a unified auction of your iOS inventory will allow demand partners to bid in real-time and create more competition for your impressions, ultimately driving higher CPMs. Each impression will automatically be auctioned out to the highest bidder between real-time bids and waterfall bids without you needing to do any manual line item optimizations. It’s especially helpful as CPMs on IDFA traffic versus non-IDFA traffic are expected to be impacted.

We predict that there will be an acceleration of in-app bidding adoption in the market with Facebook’s announcement in October that they will shift to in-app bidding-only for iOS by the end of March.

For AdColony, over 60% of their traffic has moved to bidding already. We had the opportunity to speak with Kelly McIvor, Principal Product Manager at AdColony, about the impact of iOS 14 privacy changes on in-app bidding.

As a real-time bidder on in-app bidding solutions like Helium, what impact do you think iOS 14 changes will have on your bidding strategies?

Like many ad networks, we have support for contextual bidding. With the iOS 14 announcement last year, we started building improvements to our contextual bidding strategies so publishers with our SDK will maintain high monetization.

What are some of the contextual signals you are collecting in your ad monetization SDK to facilitate more efficient bidding?

We have the standard device-, GEO-, and app-related signals, but we also have some proprietary ones that will support continued buying efficiency for our advertisers.

How much of your revenue is currently coming from bidding?

Having built one of the early bidders – originally launched in 2018 – we’ve seen a majority of our traffic move to bidding. Over 60% of our traffic is running through Advanced Bidding and nearly all new publishers are starting with it.

What impact do you think iOS 14 will have on performance ads vs. brand ads?

I think the brand advertiser will have a harder time adjusting to the increase in IDFA-less traffic. They are more accustomed to user-level targeting. I expect brand bid density to drop along with CPMs offered. Performance advertisers will continue to buy, but the increase in non-IDFA traffic may impact attribution and campaign performance. If publishers are slow to support SKAdNetwork or don’t have all the needed ad network ids in their app’s info.plist there will be less supply for performance campaigns.

What should publishers do to ensure they are leveraging bidding for optimal monetization post iOS 14?

Publishers must do two things:

Real-time SDK bidders such as AdColony, Facebook Audience Network, and many more are all demand partners of Helium and compliant with iOS 14 and SKAdNetwork. 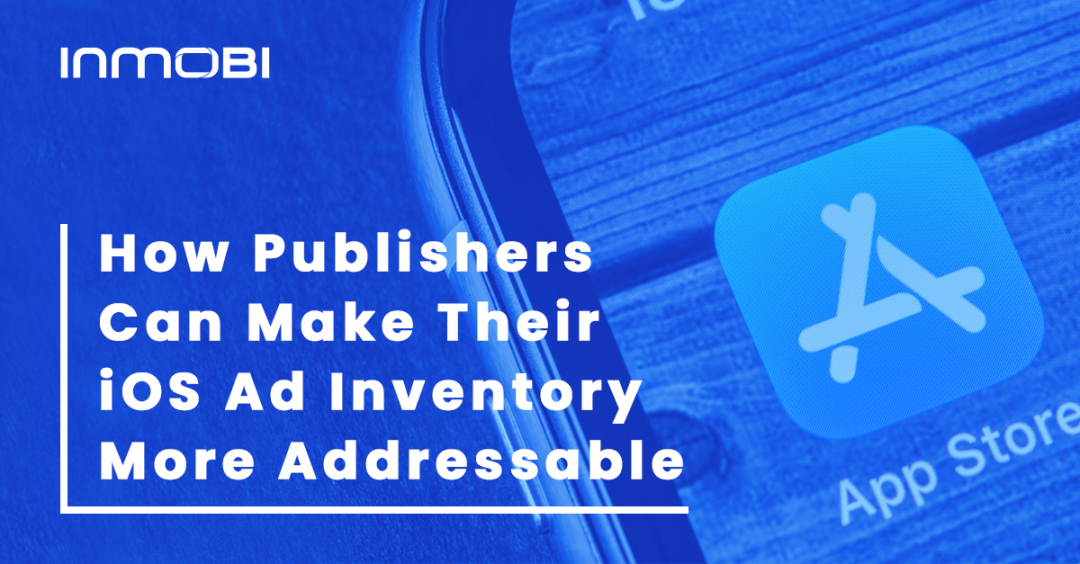 How Publishers Can Make Their iOS Ad Inventory More Addressable 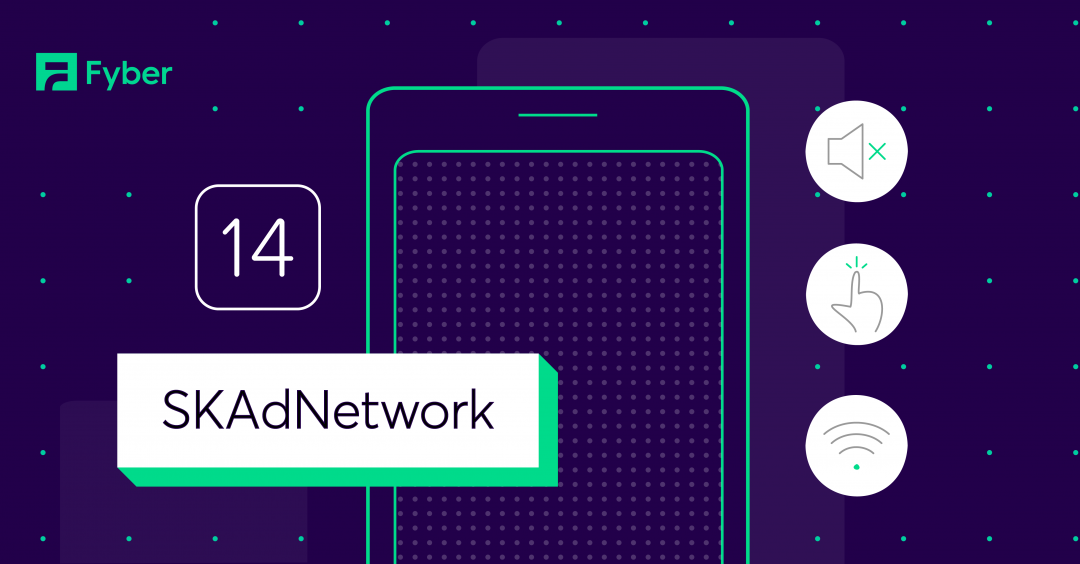 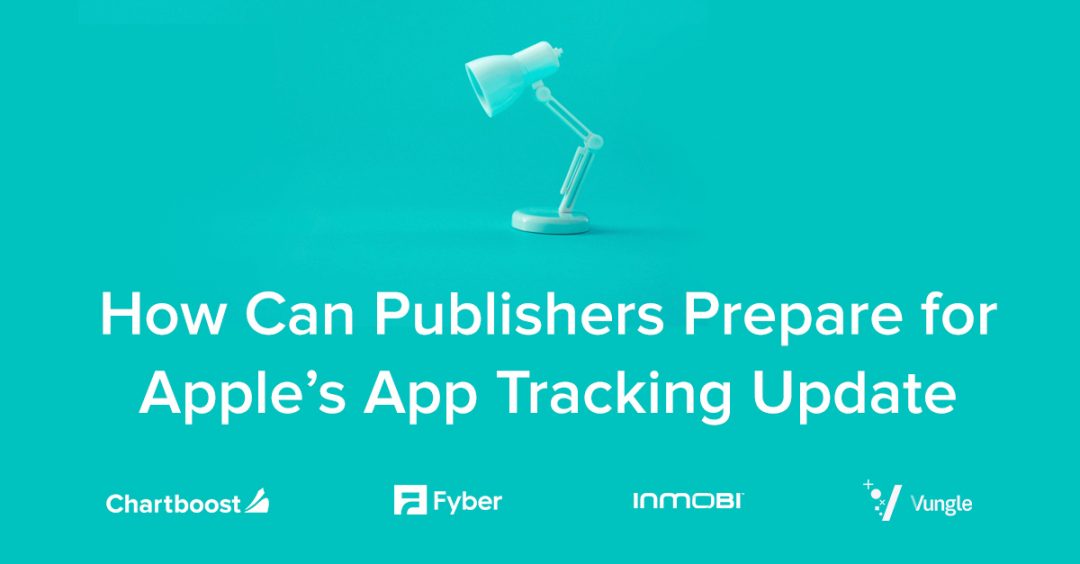 How Publishers Can Prepare for Apple’s App Tracking Update