14.5 Days After iOS 14.5: An Early Look at the Impact on Mobile Advertising 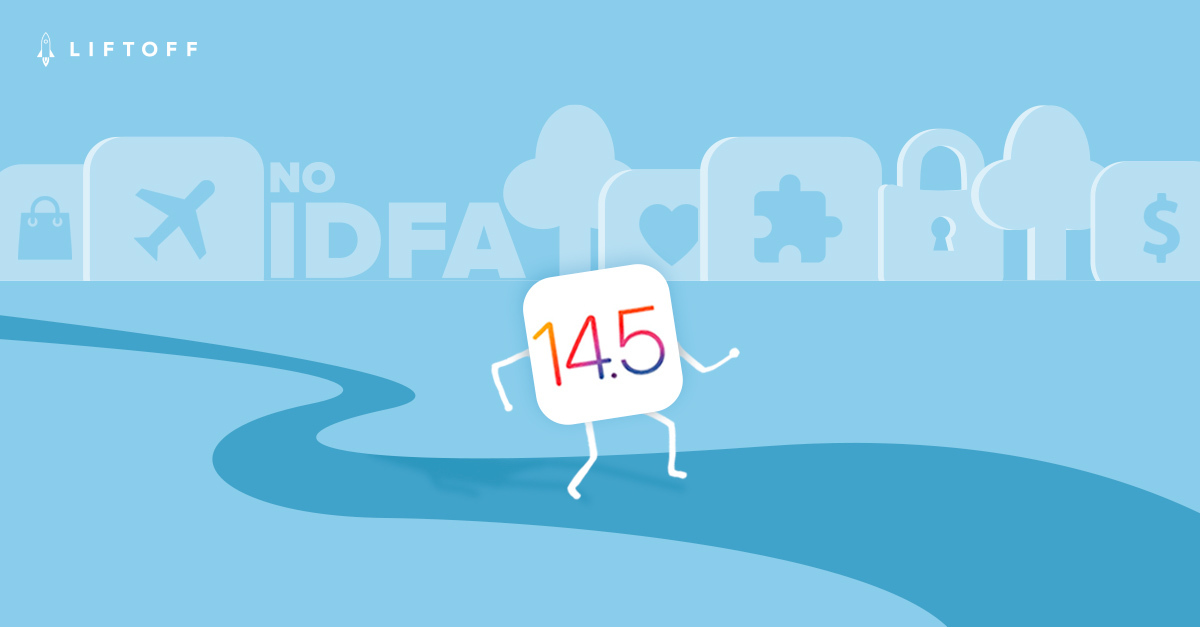 The rollout of Apple’s iOS 14.5 is finally in effect. On April 26th, iOS users began receiving prompts to download the new update, and app marketing as we knew it was over.

Or was it? Since the release of iOS 14.5, the Post-IDFA Alliance has been tracking a host of metrics to understand the immediate and ongoing impact of App Tracking Transparency (ATT), SKAdNetwork (SKAN), and other new acronyms introduced by Apple since its initial announcement.

By combining our data, we’ve established an accurate benchmark to a range of questions: When given a choice, will consumers still be willing to share their device ID with app publishers? Will marketers reduce their advertising spend on iOS and shift spend towards other channels? And what impact will iOS 14.5 have on advertising costs?

This post covers those answers for the two weeks from April 26th to May 9th, with data provided by Liftoff, AdColony, Fyber, Singular and Vungle. From today onwards, the Post-IDFA alliance will publish data every few weeks to keep track of changes and their effect on performance.

Within two weeks of the launch, iOS 14.5 adoption rates averaged 12.9%. By impressions served, Liftoff and Vungle saw a rate of 13% and 12.5%, respectively. The figure for ad requests served was slightly lower; AdColony reported a rate of 11.5% and Fyber 13%. By separating and counting only new iOS installs, Singular noted an adoption rate of 14.92%.

How Many Users Are Sharing IDFA?

Singular data reveals that 16.8% of iOS 14.5 app installs result in ATT authorization, meaning that user has opted-in to sharing their IDFA. AdColony reports a higher rate: 36.5% of requests were device ID enriched (this data is based on 14.5 ad requests generated by the AdColony 14.5 compliant SDK).

How Has Advertising Spend Changed?

Reports on changes to ad spend on iOS vary between alliance partners. Some report a decrease in spend, ranging between 2.51% (AdColony) to 3.59% (Singular). Vungle, on the other hand, has seen spend on iOS increase by 3.32%.

Post-IDFA alliance partners all report an increase in Android spend in the two weeks following the release of iOS14.5. These include Liftoff finding an 8.29% rise and Vungle finding a 21% increase. The trend suggests that marketers may be spending more on user acquisition, if you combine iOS and Android figures.

How Have Advertising Costs Changed?

Early data on CPMs on iOS 14.5 show a decline in CPMs, ranging from a 2.4% decrease (Liftoff) to 8.73%, based on AdColony data. Fyber reports similar findings. “Certain buyers are already taking advantage of the lower prices and larger scale of IDFA-less inventory,” suggests Itai Cohen, VP Marketing at Fyber.

We expect that CPMs will decline in the short term. But Post-IDFA alliance partners think prices will increase as more users adopt iOS 14.5 and as marketers feel more confident in spending against IDFA-less traffic.

Marketers may feel uncertain about the future, but the changes rendered by iOS 14.5 have been small in scale so far. In the coming weeks, iOS 14.5 uptake is sure to increase quickly, and we’ll have more data to share on spending habits, and opt-in rates. For now, you may have 99 problems, but the IDFA isn’t yet one of them.